We moved our sources to new git-based project structure. All VCL/NG Complete 2019 customers receive free access to the Git repositories (based on GitLab). Visit your customer area and use the displayed link in your 2019 license to connect to GitLab. SSO with credentials for customer area is supported). This new feature replaces the old SVN access option, which was a paid add-on. Please note that this is an optional additional way to access sources - like before you can retrieve sources for allof our products via separate source installer. Check also Quick overview for more info. [Top] 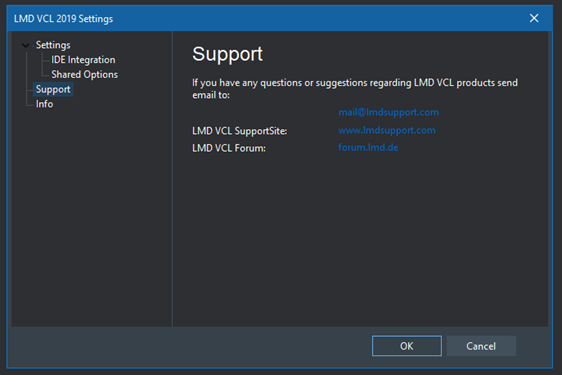 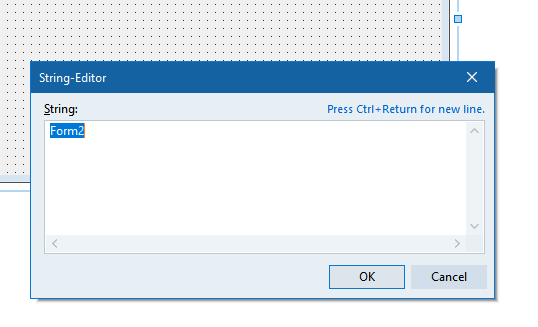 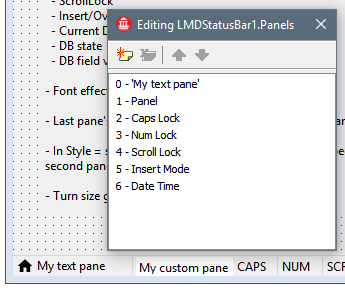 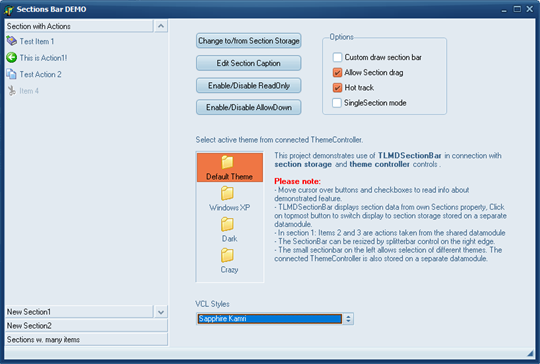 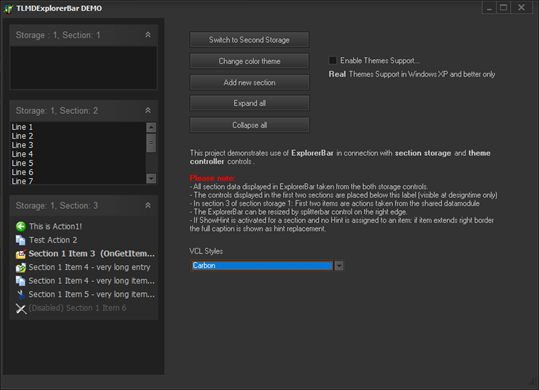 [+] Dpi support of predefined scale factors: 100, 125, 150, 175, and 200%. The code searches for closest one.
[+] Works in latest Delphi versions (Delphi 10.1 and up), because only these we have general ability to declare application as DPI aware; and also, some VCL built-in functionality, like ScaleForPPI virtual method, FCurrentDpi field, ect.
[+] Sizes defined in style, like caption height, buttons sizes are scaled, as well, image based elements like button icons.
[+] Most borders, splitter widths, ect are NOT scaled to be consistent with the look of some common applications, like File Explorer, Google Chrome, ect.
[+] Panel sizes in hors/vert split zones inside layout are scaled (width or height) when appropriate. Forms, including floating forms are scaled by Delphi itself without any explicit support from package code.
[+] Current layout Dpi is saved while layout saving to allow correct re-scaling of loaded layout on a system with different DPI.
[+] Style editor enchancements: support for dynamic-colors, Dpi integers and margins, ect.
[+] Consistent with latest Delphi scaling; support TForm.Scaled property, FCurrentDpi, ect.
[Top]