The LMD 2009 VCL Release continues the modularization and integration of the three main LMD VCL products:
LMD-Tools, LMD ElPack and LMD IDE-Tools are based on the same shared modules/packages.

Most common features like unicode, printing support, logging tools, theme services or regular expression support are shared equally, thus development of these features can be optimized and redundant code avoided. Besides that all main packages or sub packages can (and even should!) be installed into the same installation folder on your system.
The following images describes all available packages and their relationships: 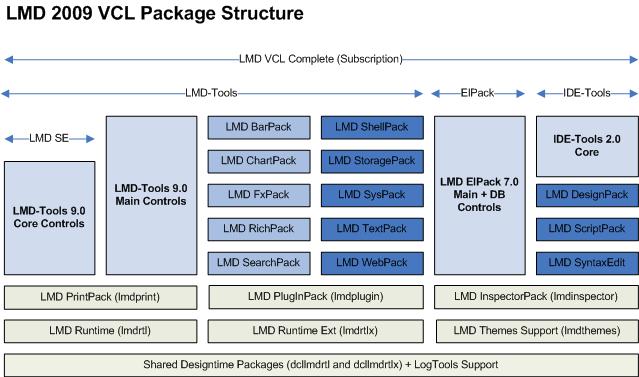 Besides the functional changes package structures were slightly changed and the number of editions was minimized: